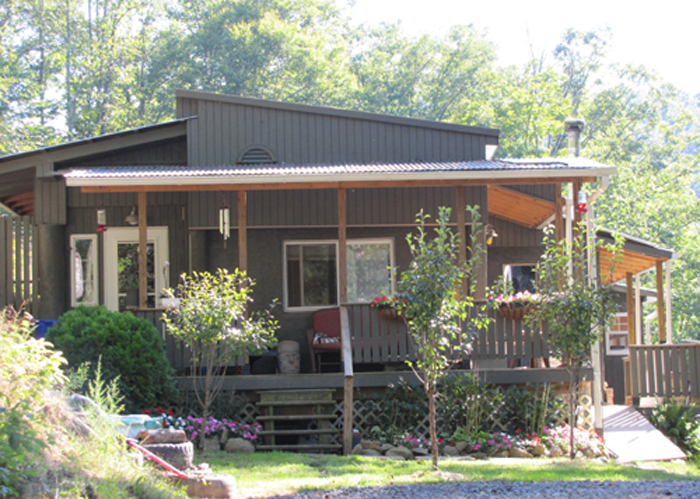 Mahatma Gandhi advised his followers to “be the change you want to see in the world.”  We decided to take Gandhi’s wise words and apply them to our own lives.  We hope our example will inspire others to do the same.

We hope this website will inspire you to take matters into your own hands – to live a sustainable lifestyle, eat what you grow, get off the grid and do your part to heal the planet and yourself.

We are living at a time where gas and oil reserves are beyond peak… when our very way of life has an immense adverse effect on the health and well-being of every plant and animal on Earth. The planet simply cannot sustain our post-industrial lifestyle and politicians – for whatever reason – seem impotent or ignorant and are not doing enough to slow down the devastating impact our lifestyle is having on the environment and the economy.

We decided years ago that we could no longer sit by and wait for someone to lead us to a more sustainable promise land.

So, instead of sitting on our hands, feeling frustrated and angry, we decided to do something.

We hope our story inspires others (you?) to stop waiting and BE that change you want to see in the world.

On this website, we describe how we built a papercrete house on a tire foundation, share details about the papercrete recipe we used — how we made an inexpensive papercrete mixer — where and how we acquired enough materials, including used and surplus wood and metals, to make our snug and cozy home for under $10,000. In our journal, we’ll share our trials and tribulations as we continue to lessen our carbon footprint by getting off the grid, growing and putting up our own food and simplifying our own lives.

In September 2010, we were invited to give a presentation at the Mother Earth News Fair on building a house from trash. Our project has been featured in 2 magazines so far: Waste & Reycling News and Professional Housebuilder and Property Developer and at least one blog.

This blog tells the tale of how we built a house using as construction materials, old tires, newspapers, bottles, used lumber, scrap metal and a free house trailer. When we bought our land, we were in our early 50’s.

As of this writing (February 2011) we’ve been at it for nearly 6 years! If you’d like to follow our progress, please take a look at our journal and our ever evolving photo galleries to witness the transformation of our house and property over time.

The planning for this project began years ago when we lived in Florida and were still working in our professions (law and nursing). We always talked about wanting to get back to nature, simplify our lives and get out of the rat race. At the same time we wanted to do our part to reduce the negative impact our lifestyle was having on the environment. Over the years we looked into various alternative building techniques that also used recycled materials.

We really liked the idea of building an Earthship and knew we wanted to incorporate old tires into our structure. But when we learned about the light weight and versatility of papercrete, we knew this would be something even we could handle. We were not certain that the two methods (tires and papercrete) had ever been used in combination before, but we knew that the main ingredients would be free and in abundance wherever we decided to build.

Eventually we found 6 acres in North Central West Virginia for $6,000. There was nothing here but an old logging road, so we asked a neighbor for the name of someone with a backhoe and we hired him to put in a driveway and level off a small building site. We never planned to use a mobile home as our main structure. And, if we had it to do all over again, we wouldn’t. However, we were offered a free trailer just as our lot was being excavated and since it was also bound for the trash heap, it seemed like a good idea at the time.

After the trailer was situated, got an electric pole (soon we will get off the grid) and had a 170′ water well drilled. This allowed us to hook up our 1988 Class C RV onto the land where we lived for 1 and 1/2 years while we worked to make the house habitable. Before we could really begin work on the actual house, we had to excavate a 6′ by 55′ long section of the hill that rested on the back side of the trailer. Once that initial excavation was finished (it took about 4 months) we began to simultaneously lay the first tire/wall foundation against the hill and build a frame for the roof over the leaky trailer.

The tire filling and tamping was made much easier after we cut off one of the side walls with a saws-all (aka reciprocating saw). We laid the cut and empty tires in a row and filled them with the clay that we excavated from the hill. After each 5 gallon bucket full of clay (it takes at least 5 buckets to fill one tire), using an 8″ tamper, we pounded the clay until it was flat and hard. After the tires are filled to the brim, they become giant, tire-sized clay bricks.

After the first row of tires were packed, we laid another layer, staggered like bricks or blocks — on top of the first and repeated the filling and tamping process. Once the tire wall was finished, we poured a 12″ by 6″ concrete plate on top of the tire foundation. It was on this plate that we built the frame for the slip forms into which we poured our papercrete slurry. The framing was made from used and found 2×4’s (we tore down old houses in exchange for the lumber and also purchased inexpensive second from a scrapyard where we also got the roofing metal) upon which we attached sections of scrap plywood.

When the papercrete slurry was ready, we poured it into these forms. After about 3 days, we were able to remove the plywood and move them up for another pour. We repeated this process until each 12″ thick papercrete wall was completed. In future posts we will describe the process of making and pouring the papercrete. For now, you can visit our photo gallery to see how we transformed our trash into a home. 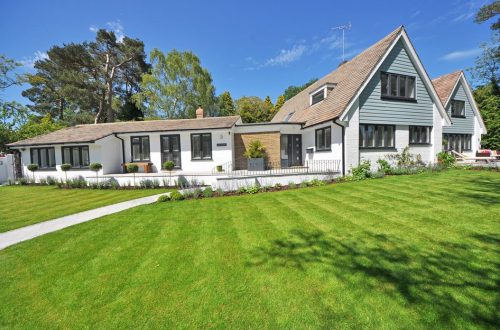 Benefits of Artificial Grass in Creating an Eco-Friendly Lawn 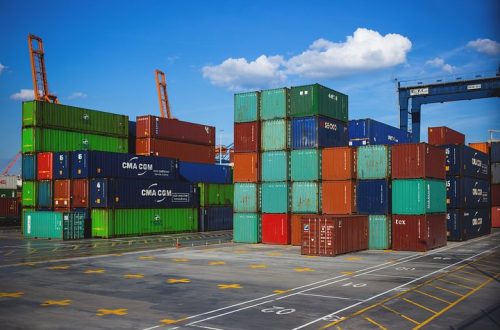