Our planet is quickly becoming overrun by plastic waste. It’s in our oceans, lakes and rivers, it’s scattered along our highways and it can be found in some remote locations in the entire world. Disposable plastic has become a huge part of our lives, and while it’s convenient, it’s taking a serious toll on wildlife and the environment.

A quick look at the statistics shows a growing problem. Roughly a decade ago, about 300 billion plastic bottles were sold worldwide. By 2016, that number had risen to 480 billion. Around the world, nearly two million single-use plastic bags are used every single minute. That adds up to roughly one trillion each year. We produce enough bubble wrap annually to wrap around the Earth 10 times, and we use more than half a billion plastic straws each and every day.

Something has to change.

In response to growing concerns regarding plastic waste, many places have adopted plastic bans. While completely banning all plastic would be virtually impossible because it is used in nearly everything, measures to ban certain types of plastic–including single-use plastics and microplastic (like the plastic beads found in some shower gels)–have gained traction in recent years. Such bans don’t solve the problem entirely, but they do work to reduce the amount of plastic that would eventually find its way into waterways and landfills.

Single-use plastic bags are already outlawed in some cities and countries, and California has banned restaurants from automatically giving patrons plastic straws. Plastic straws are also banned in Washington, D.C. and some other cities.

Talks of plastic bans have become increasingly common, and they’ve led many people to wonder what sort of an impact such a ban would have on them. Here are a few examples of how a plastic ban would change day-to-day life.

Plastic–especially single-use plastic–has become such a huge part of our daily lives largely because it is so convenient. Grabbing a bottle of water from the convenience store takes less time than washing and filling a reusable bottle. When grocery stores provide plastic bags, we don’t need to worry about buying (and remembering to bring) our own reusable bags. Plastic straws allow us to enjoy cold beverages from restaurants with ease, and for people with certain disabilities, they make it possible to drink from glasses without spilling.

If plastic is banned, a lot of that convenience disappears. Instead of buying pre-bottled beverages, people would need to purchase reusable bottles. The upside, of course, is that those bottles can be used hundreds–or even thousands–of times without creating waste. The downside is that they need to be washed in between uses and they have to be filled regularly, etc. These downsides aren’t major in the grand scheme of things, but for someone who is used to convenience, they are something to get used to.

In places where single-use plastic bags have already been banned, shoppers need to bring their own bags. Instead of using bags to carry their purchases home and then throwing them away, they buy reusable tote bags and use them every time they go shopping. This may feel like an inconvenience or unnecessary expense at first, but the benefits make it worthwhile. The bags are relatively inexpensive and many stores even offer discounts for customers who bring their own bags! Also, those reusable bags are much sturdier than the flimsy single-use plastic ones. If you’ve ever had a bag fall apart while carrying a heavy load of groceries home, you already know why a sturdier bag is a huge benefit!

A large-scale ban on plastic could also have a huge impact on the economy. For many people, this could mean no longer having a job. In the United States alone, plastic bags help create or sustain nearly 31,000 jobs. Banning other types of single-use plastic, too, could result in even more people losing their jobs.

One study also found that plastic bag bans hurt businesses. Sales tend to drop in cities where plastic bags are banned because people just do their shopping elsewhere. When single-use bags are banned, store owners are also forced to spend more money on reusable shopping bags, which can have a negative impact on their bottom lines.

Keep in mind, though, that these potential outcomes don’t have to happen. When business owners take steps to adapt to changing laws while meeting the needs of their customers, they can comply without hurting their bottom lines. Lush, for example, has already taken steps to limit the amount of plastic they use in their packaging. Many products are sold packaging free, and the stores largely use recyclable paper bags. Rather than being held back by the negative aspects of potential future bans, the company has proactively sought out solutions that work for its bottom line and its customers.

While banning plastic would certainly help decrease the amount of non biodegradable waste choking our oceans, rivers and lakes, it could also have a negative impact on our lives–if we let it. Banning plastic could mean sacrificing a lot of convenience, and it could have a negative economic impact. By embracing change instead of fearing it, however, you can proactively take steps to reduce your dependence on plastic–especially of the single-use variety. Certain drawbacks are undeniable, but by focusing on the positives and embracing change, you can lessen the impact of many of them. 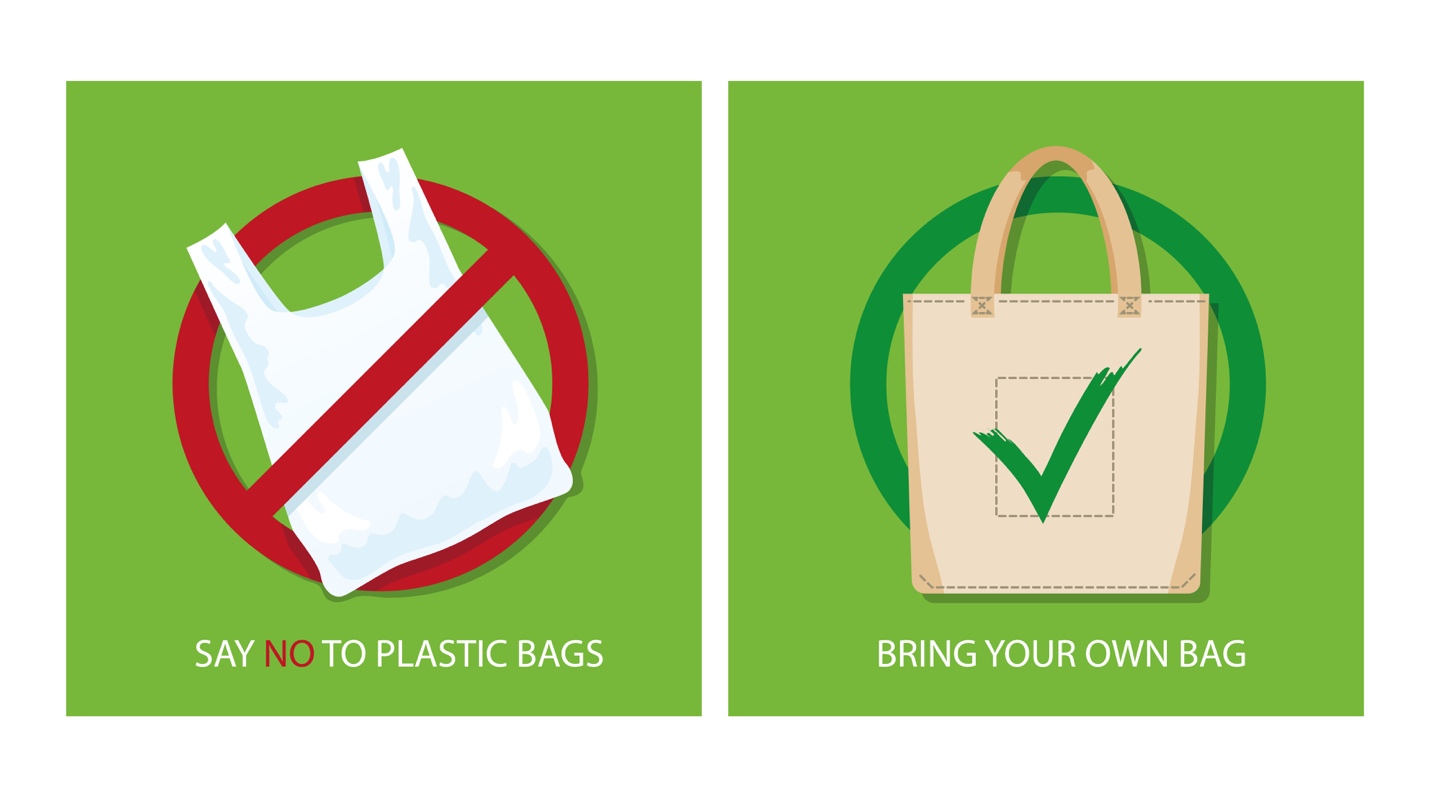 As an individual, you can also do your part by reducing your dependence on single-use plastic products. Invest in a nice water bottle and refill it instead of buying several bottles of water every day. Bring your own tote bags when you go shopping. Ditch your resealable plastic bags and store your leftovers in reusable containers instead. Shop at stores, like Lush, that are already taking action to reduce plastic waste. Also, consider investing in a reusable straw.

Instead of fearing potential bans and the impact they could have on your life, start taking steps now to prepare. By reducing your dependence on plastic, you will be better able to make the transition if and when certain products are banned. Also, keep in mind that the changes really are worthwhile. Reducing your dependence on plastic may not be easy, but just think about the benefits of having less plastic waste in our environment.